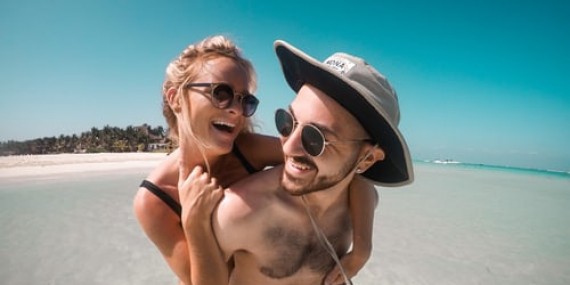 Tips and Ideas for Your Anniversary Celebration

Anniversaries are a time for you and your beloved to look back with gratitude and look forward with anticipation as you continue your lives together. This does not always require the spending of lots of money since you can make your celebration memorable with some of these tips and ideas listed here.

Do You Need New Christmas Decorations? Here’s Where to Find Them

It's that time of years again: the snow is slowly falling, the temperatures are cold and people are in a jolly mood. That's right, the holiday season is upon us once again!

Is Lizzo’s Message Empowering or Controversial?

Regardless of how she is seen, Lizzo is bringing light to how the world sees plus-size women. Her talent and attitude will continue to inspire many young women who are struggling to accept themselves.

What makes a single piece of content go viral? Well, several factors contribute to this happening. Some people, however, manage to produce content that goes viral consistently - think Niel Patel and Gary Vee.

Why is Broadway Willing to Take More Risks With Its Shows?

Any theatre lover will know about Broadway in New York City. With London's West End, it is the premier theatre district in the Western World. Broadway itself is home to around 41 theatres which have 500 seats or more.

U.S. District Court Judge Berle M. Schiller has transferred lawsuits pertaining to 3M’s Combat-Arms Earplugs to a Florida federal court. The lawsuit alleges that 3M knew of the faulty earplugs that left many veterans hard of hearing and even deaf in many cases.

The back and forth between Taylor Swift and her former music label continued Monday, as the pop star doubled down on her claims that Scooter Braun's acquisition of Big Machine Label Group (and with it, her entire existing catalog of music), came as an unwelcome surprise.

A 21-year-old American woman claims she is now the youngest person to have visited every country in the world, according to Forbes and Fox News.

Howard first departed Michigan after his junior season in 1994 to embark on a 19-year NBA career. He was a key member of Michigan's famed

'Game Of Thrones' Season 7 Promo is Out; Jon, Cersei And Daenerys Sit On Their Thrones

This will be the darkest season yet and there's a promise of more dragons and exciting revelations. New seats of power being occupied by new rulers. Winder has come.

Stephen King's 'It' Official Trailer Is Out; Horror Movie Prepares To Terrify Viewers

"It" will be shown in September 8, 2017. The clown with the red balloon is expected to keep the viewers on their seat as this year's most terrifying movie is soon to be released.

Disney is coming up with the sequel of Wreck-It Ralph. This time, Ralph will be wrecking the internet in 'Ralph Breaks The Internet: Wreck-It Ralph 2.'

American Horror Story Season 7 will return and a new character is set to join. Billy Eichner will be in the upcoming season for a recurring role.

Wiz Khalifa recently visited Pablo Escobar's grave in Medellin where the rapper offered flowers and a joint. The mayor has not been happy and referred to the rapper as a "scoundrel."

'The Fate Of The Furious' News & Update: New Teaser Revealed, Dom Back In The Life Of Crime?

The Fate of the Furious is the new film franchise of the Fast and the Furious. This also is the first film of the franchise that is done right after Paul Walker died.