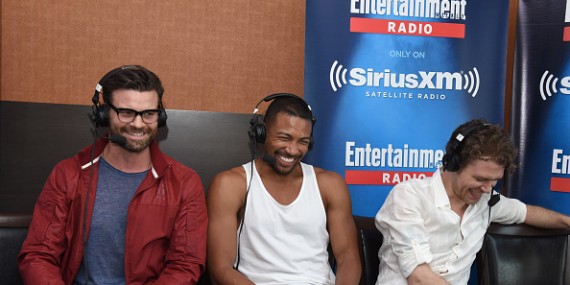 'The Originals' Season 4 News & Update: Family Set To Save Klaus; What Is Hope's Connection To The Villain?

Klaus (Joseph Morgan) is still under the curse of the Tunde Blade in "The Originals" Season 4. In the meantime, Hayley(Phoebe Tonkin) already found the cure for the other members in order to wake up from their curse.

Gorillaz recently revealed that they will be releasing a new album titled "Humanz." The latest album is set to be launched on April 28.

'Assassin's Creed' News & Update: Ubisoft Confirms TV Series For The Game; Will This Better Than The Movie?

A TV series is confirmed for 'Assassin's Creed.' Ubisoft has recently confirmed about the game to be adapted as a television show.

"Bates Motel" Season 5 is close to its final episode. A new character is set to join in the few final episodes of the series.

'Mulan' Live Action Adaptation News & Update: Niki Caro To Direct, Film Will Not Have Songs In It, What We Know So Far!

Disney is working on getting a live-action adaptation of "Mulan." Niki Caro will direct the film and there won't be any songs in it.

The new extended trailer for iZombie Season 3 has been released. The series will premiere on April 4.

The Originals Season 4 continues with a five-year time-jump. Hope Mikaelson is already five years older and is beginning to show her magic in the upcoming season.

'T2: Trainspotting' News & Update: Brings Back The Original Characters; What Brings Them Back Together?

Director Danny Boyle is back with the Trainspotting sequel. T2: Trainspotting is going to bring back the original characters together.

An aid worker from Cambodia claims that he is the father of Maddox in the documents. Angelina Jolie adopted Maddox from Cambodia in 2003.

The Upside Down will be explored more in "Stranger Things" Season 2. There will be new characters added to the upcoming season of the series.

Legion Season 1 is closed to its conclusion. There are only two episodes left before the series finally comes to its end. However, FX already renewed the series for Season 2.

The Originals Season 4 is set to air on March 17. Marcel rules New Orleans but the first Family will be back in the city.

The Matrix may have a reboot and it is in the early development stages. Keanu Reeves may not be involved in the upcoming reboot of the film.

Coco is Pixar's latest film and it is an all-Latino voice cast film. The first trailer has been released and shows of Miguel's journey to the Land of the Dead.