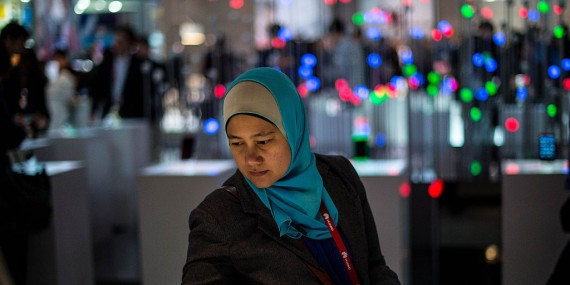 HTC Phones To Have Big Discounts For This Valentine's Day

'Prince' Albums Will Be Available On Spotify & Other Streaming Services; Estate Wants To Retain Ownership Of Songs

"Prince's" popular songs are going to be available on different streaming services. It is confirmed that the songs are to be on Spotify.

Warner Bros. is facing a lawsuit right now for the "Lucifer" theme song. The copyright infringement lawsuit is filed by the composers of the song used in the series.

"Scarface" is set to have a remake film that is hinted to air in August 2018. The new script is to be worked on by Joel and Ethan Coen.

The official trailer for the film "The Circle" is released and it gives a glimpse on how the movie depicts reality.

'Street Fighter 5' News & Update: Kolin To Be Added To The Roster Of Fighters; Who Has The Powers Of Ice?

A new character is set to be introduced in "Street Fighter 5." Kolin is the icy, rekka-style fighter who first appeared in Street Fighter 3.

'American Idol' News & Update: In The Works For A Revival On NBC; End Seems Temporary?

NBC is in the works to revive "American Idol." In fact, the network is in talks with Fremantle Media so to get the show to air.

A new promo trailer is released for "Legion" Season 1 Chapter 2. The latest trailer of the series gives a glimpse of the mutant wars.

"Teen Titans: The Judas Contract" has a new trailer and it looks to go back to the original show. The original Teen Titans aired in the year 2000 and a new series is back to bring in the heroes again.

Keanu Reeves returns for "John Wick: Chapter 2" and the film is set to air soon. The show has additional stars that make the film like a Matrix reunion.

The upcoming episode of "Suits" Season 6 will bring Mike (Patrick J. Adams) and Harvey (Gabriel Macht) back together. It is hinted that Mike is to sue Sofia Price's (Marla McLean) landlord.

'Lady Gaga' & Metallica To Perform A Duet At The Grammys; The Weeknd & Daft Punk Together

"Lady Gaga" is sharing the stage with Metallica for the 59th Annual Grammy Awards. "Lady Gaga" recently performed in the halftime of Super Bowl 51.

A new promo trailer for "The Originals" Season 4 is out. The series picks up five years right after the finale episode of Season 3 concluded.

The latest episode of "Jane the Virgin" had a shocking twist. Michael (Brett Dier) dies in the episode and leaves Jane (Gina Rodriguez) devastated.