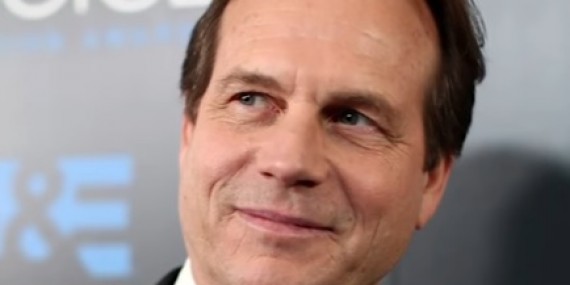 Hollywood just lost another star as Bill Paxton passes away at 61.

"American Gods" is the latest TV series on Starz. The series is adapted from Neil Gaiman's contemporary novel.

"The Discovery" is a new Netflix film and has just released its trailer. The new film is described to be part sci-fi and part live story. The events in the film happen a year after an afterlife has been proven.

'Suits' News & Update: Spin-Off Series A Possibility, Will Focus On Jessica Pearson; Actress Wants To Be With Show "For The Rest Of Her Life?"

"Suits" may get a spin-off series that focuses on Jessica Pearson (Gina Torres). She may have left the firm and went on with her life differently, but this may be a way to look into what her new life is.

"The Blacklist" is set to have a spin-off that focuses on Tom Keen's character. This new series is titled "The Blacklist: Redemption."

Zachary Turpin, a University of Houston grad student recently found the buried literary treasures of Walt Whitman. "The Life and Adventures of Jack Engle" has been re-published 165 years after its first publication.

A clip from the latest episode of "The Flash" Season 3 shows a glimpse of team Flash in the Gorilla city. The gang is to rescue Harry Wells (Tom Cavanagh) in the city.

Marvel's "Inhumans" has casted a "Game of Thrones" star. Iwan Rheon is to portray the role of Maximus in the latest TV series.

Ringo Starr and Paul McCartney of the Beatles are coming together for a new music recording. The bandmates reunite to do a recording of a new music together.

The previous episode of "Dragon Ball Super" had Majin Buu win the battle. It also has announced the second tournament to happen in this Universal Survival Arc.

"Bates Motel" is set to start its final season. The premiere episode of the series will feature Rihanna and her transformation on being Marion Crane.

'The Sinner' News & Update: First Trailer Revealed, Jessica Biel Is Back On TV; Biel's Mysterious Character Based On A Best Selling Novel

"The Sinner" is a new crime story starred by Jessica Biel on USA Network. Its first trailer is being released and shows of a different side of Biel in acting.