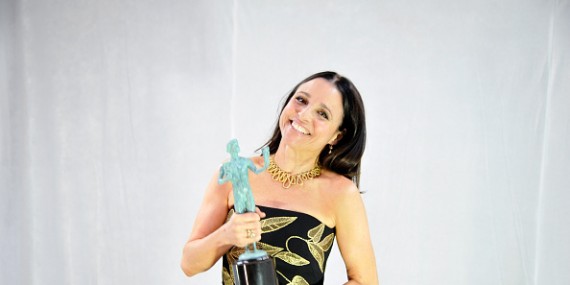 The first trailer for Veep Season 6 has been release. It gives fans a glimpse of what Selina's (Julia Louis-Dreyfus) life is after her presidency.

"Vikings" Season 5 is set to return and it is hinted to explore more on Rollo's (Clive Standen) journey. Ragnar's (Travis Fimmel) sons will be on their own as they fight for the throne.

Game of Thrones Season 7 is set to air on July 16, 2017, and will have Ed Sheeran do a cameo in the show. The eight season of the series is the final one and will only have six episodes.

The Girl with a Dragon Tattoo is set to have a sequel titled The Girl in the Spider's Web. The film will not include Rooney Mara and Daniel Craig but will have new cast members to play the roles.

'Mr. Robot' Season 3 Air Date, News & Update: Bobby Cannavale To Join The Series; How Will His Role Fit In?

"Mr. Robot" Season 3 will return in October 2017. It also will include a new character Irving to be portrayed by Bobby Cannavale.

'The Handmaid's Tale' News & Update: Hulu's Promo At The SXSW Is Unique, What We Know So Far!

"The Handmaid's Tale" is set to stream on Hulu on April 26. It recently had a promotion during the SXSW event and the people have different reactions to the handmaids walking around.

'It's Always Sunny In Philadelphia' News & Update: Glenn Howerton May Leave The Series, What We Know So Far!

It's Always Sunny in Philadelphia has been renewed for two more seasons. There are speculations that Glenn Howerton who plays Dennis may not return to the series.

Captain Renard is hinted to make a deal with Nick regarding the symbols in "Grimm" Season 6 Episode 10. Eve will also seek the assistance of Adalind about her recent condition.

Unfiltered is a book written by Lily Collins and is a compilation of essays depicting her experiences. She also included an open letter to her father Phil Collins in the book.

Iggy Pop Teams Up With Metallica In Mexico City For T.V. Eye; Band Gears Up For WorldWired Tour

Metallica and Iggy Pop collaborated in a performance of T.V. Eye last Sunday in Mexico City. Iggy Pop is the band's special performer for their concert tour.

The first promo of "Fargo" Season 3 has been released and Ewan McGregor is having a different look. The upcoming season of he series is set in 2010 and will air on April 19.

'Dragon Ball Super' Episode 82 Spoilers, News & Update: Toppo & Goku To Fight Against Each Other; Who Is The Female Broly?

Toppo is to come face-to-face with Goku in "Dragon Ball Super" Episode 82. The upcoming episode will also bring in the Female Broly into the tournament.

Meryl Streep, Tom Hanks & Steven Spielberg Team Up For 'The Post', What We Know So Far!

Meryl Streep, Tom Hanks and Steven Spielberg are to team up for a new film "The Post." The upcoming film is set to focus on the Washington Post publication about the 1971 Pentagon papers.

"Love Actually" is set to have its sequel and Hugh Grant is going to be a part of it. Grant is hinted to be the prime minister in the sequel.

A new "Power Rangers" clip has been released for the latest film. The adventures of the teen are first seen in the clip released by Lionsgate.