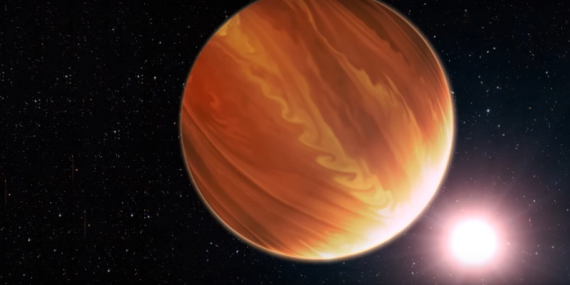 Newly Discovered Exoplanet, HAT-P-7b Have Clouds Of Rubies And Sapphires

Researchers with the University of Warwick have detailed the discovery of a new planet called HAT-P-7b, an exoplanet that experiences violent storms. New discovery shows that the exoplanet's atmosphere may contain rubies and sapphires.

The honorary ambassador fighting for gender equality has set to end her role this Friday. Wonder Woman raised 45,000 petitions against her campaign.

LGBTQ Hate Crime: A Long Running Plight of LGBTQ in the Country. Why Is The US Attorney General Loretta Lynch So Concerned?

The LGBTQ Plight in the United States is increasingly drowning from Hate Crime. US Attorney General Loreta Lynch is speaking for the LGBTQ brothers and sisters.

Just as when it unveiled the Pixel phone, Google is making it even easier to jump from an iPhone to an Android. And all you need is a Google Drive account.

Battle of Syria: Here Is What Is Happening

With all the killings which take place at Aleppo, no any help from the westerners have arrived. As columnists call for a #NeverAgain, seems like the world is so helpless to see what happens now at Aleppo.

Marijuana Chewing Gums: To Be Available in the Market Soon?

AXIM Biotech has been granted patent for the Marijuana chewing gums and they expect it to be out in the market by 2018.

Amazon CEO Jeff Bezos, Received A Letter From His Idol John Glenn Before He Died

Before John Glenn died, he made a letter just for Jeff Bezos. Bezos was completely touched after hearing the letter as a thank you and goodbye.

A new World War II shooter has been announced. Called "Enlisted", the game is in development at Latvian studio Darkflow Software, which was founded this year. A squad-based multiplayer shooter for PC, the game will include numerous campaigns based on real-world historical battles.

Like Giraffes, Reindeer And Polar Bears Are Also Declining Fast

Researchers have held climate change responsible for the diminishing numbers of the reindeer; others have said that their sizes have also decreased

‘Brady Bunch’ Star Susan Olsen Fired Due To Difference Of Opinion On LGBT Community? See What She Has To Say

“Brady Bunch” star Susan Olsen was fired from her LA Talk Radio after an online confrontation with actor Leon Acord-Whiting. The news was confirmed by an official Facebook post from the radio station.

Former WWE Wrestling Start Shad Gaspard reportedly stopped a robbery happening in a gas station. Check out the details of the incident below!

A sequel of the Oscar award-winning "An Inconvenient Truth" by former Vice-President Al Gore is going to be released in 2017. This will be happening during the Sundance Film Festival, on its Day One screening as part of The New Climate program, catering environmental awareness and mitigations.

New York City will soon allow the use of medical grade marijuana for suffering patients within the hospital premises.

Scientists believe that Artificial Intelligence and Gene Therapy play an integral role in fighting aging. A group of researchers aims to create an Artificial Scientist that will be programmed to study human gene patterns.