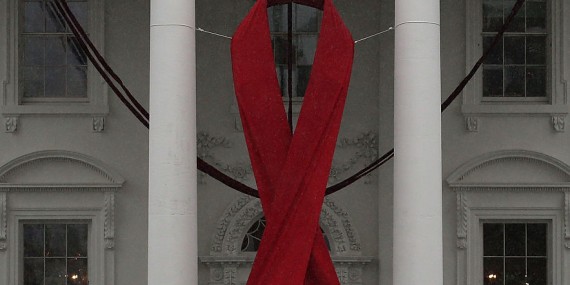 World AIDS Day 2016: What Message Does ‘Ribbon’ Bring? How Did The World Recover?

World AIDS Day is the first global health commemoration that remembers those who fall from this pandemic and to call on for more people to raise awareness of HIV and AIDS.

News about Katy Perry's pregnancy had been circulating online. This is after her boyfriend, Orlando Bloom, was caught rubbing her belly.

It looks like Kanye West will be celebrating the holiday with his family as reports say that he is finally out of the hospital after being admitted due to mental breakdown.

Is Jennifer Lawrence Engaged? Will The Wedding Bells Ring Soon?

Jennifer Lawrence and Darren Aronofsky are rumored to be engaged. Paparazzi captured the actress wearing the said engagement ring.

On "The Ellen DeGeneres Show", Jennifer Aniston revealed that she is a member of the Mile High Club. She also spilled her romantic Thanksgiving with her husband.

Bob Dylan decided to skip an honorary Nobel Prize ceremony at the White House and the recognition by the Nobel Prize for Literature.

For the first time ever, a new gay character that is "fleshed out from scratch" will be joining Star Trek: Discovery. It will be played by Anthony Rapp.

Brad Pitt was angry with Angelina Jolie after canceling their agreement on Thanksgiving.

Leah Remini Will Not Be Shaken ,Neither Tom Cruise Nor Any Other Personalities' Threats

Leah Remini has a lot of multiple threats since her premiere episode of "Leah Remini: Scientology and the Aftermath" aired.

Pirelli Calendar 2017: Undressing Celebrities and Supermodels. Defining The Essence Of Beauty Through Nudity?

On Monday, a Somali refugee was killed by authorities after slashing 11 students at the Ohio State University.

Ben Stiller was diagnosed with prostate cancer in June 2014 and by September of the same year, he was cancer-free.

Did Johnny Depp Beat Up His Wife? Amber Heard Will Donate The $7 Dollars Divorce to Charity to Support Violence Against Women and ACLU

So bad that Amber Heard filed a divorce three days after Johnny Depp's mother died, and left him two days after she died.

Ivanka Trump: The Social Media Reaction On Her Latest Post

The potential conflict of interest can be avoided if the Trumps will stand by their word. In the case of Ivanka Trump, she is a proud mother and it is normal for her to do what like any parents would do for their baby.