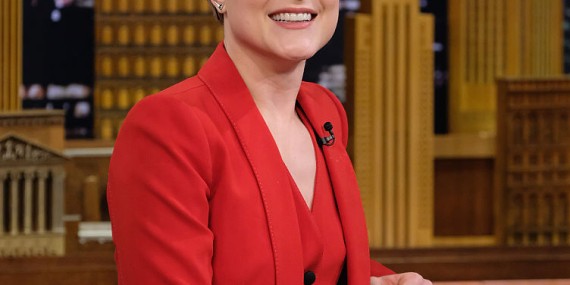 Rape is a serious matter to deal with. In the case of Evan Rachel, she should act further upon it to help women realize that speaking out matters.

On Thanksgiving, as the former NBA star was celebrating, his nephew went missing and found lifeless in an L-shaped lake in the nearby residence.

Mark Wahlberg being emotional because he was shooting the Patriots Day film in his hometown, Boston.

The creator of "Family Guy" swears a bold promise in the event President-elect Donald Trump embraces science during his time in office.

"Netflix Tax" May Soon Be Coming To Your Bill

Some areas in the United States have started imposing "Netflix Tax" and other amusement tariffs for online entertainment activities.

The Gilmore Girls: A Year in the Life, Fans Have Been Speculating About Mythologized Last Four Words

On Thursday, Florence Henderson who played the cheerful Carol Brady dies at 82.

Dogs Remember More Than You Think They Are Capable Of!

Recent research and study confirmed that dogs has the capability to remember things. They are considered clever and and their memories may be like that of a human.

Catherine Zeta-Jones: Plunging Swimsuit Turning The Heat Up. Revenge On Paparazzi At Its Finest!

Catherine Zeta-Jones managed to post herself wearing a sexy black bikini on Instagram with an angry message aimed at press photographers.

What is believed to be Egypt’s First Dynasty was recently dug by archeologists. Along with this, a cemetery made of mudbrick in extra-large sizes was also found.

How Much Really Is Harry Potter's Creator JK Rowling's Net Worth? Find Out Here!

We know that producers, directors, and the production company earned millions or not billions from the "Harry Potter" franchise. But how much did J.K. Rowling, the talented author behind the wizard world, earned from all the fiasco, not only from the films but to everything it relates to?

With the upcoming release of iPad Air 3, its impressive rumored specs circulate the world wide web.

Spiritual Leader Dalai Lama Has "No Worries" About President-Elect Donald Trump; China Reacts To His Future Meeting With Trump

The Dalai Lama tells reporters he has no worries with Trump as the next U.S. president. The monk looks forward to meeting Trump in-person.

Check Out Verizon's Incredible Black Friday Google Pixel Deal Before It Is Too Late!

If you are yearning for that brand new Pixel phone, then you may want to check out Verizon’s amazing Black Friday deal that covers both handsets.