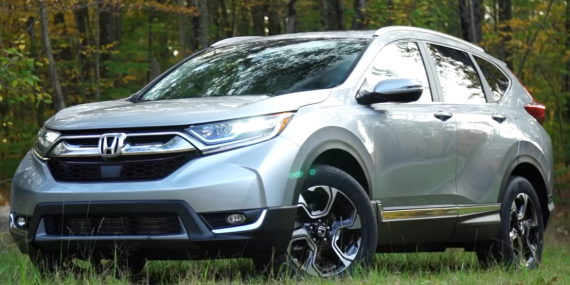 Honda is just about to release one of their latest model "2017 Honda CR-V", however, the company says it might reach Europe at a later schedule.

Looking for New or Used Cars? Black Friday Deal is the Answer

Car buyers can also take advantage of the great Black Friday deal. Because there were several factors that affect car sales from the previous month, dealers are bound to go all-in.

Pope Francis grants the priest the special power to forgive the sins of abortion. He also created the “World Day of the Poor”.

Pope Francis extends the powers of priests to forgive women who underwent abortions. His decision continues a temporary measure he implemented for the Vatican's "Year of Mercy."

There is a cure for 'HIV' That Will Soon Be Officially Released, Hope For AIDs Patients

The race to find a cure is nearing the finish line, Hope rises in the horizon for the AIDs patients.

Experiment To Bring Back To Life Dead Patients In India Deflected Over Ethical Issues, Says Report

A medical study in India aimed at bringing dead back to life has been deflected by the Indian Council of Medical Research, citing ethical issues and the possibility of causing trauma to patient's family, a report says.

Dinosaurs Not The First & Only To Have Walked The Earth Based On Latest Fossils Unearthed, Says Report

Dinosaurs were not the first and the only animals to have walked the earth.

Comedian and TV host Dave Chappelle capitalized on his appearance in the recent episode of Saturday Night Live, where, after his monologue, sent a message to the viewers and indirectly to the President-elect Donald Trump, saying he would give the 45th President of the United States a chance.

The gaming world is facing tensions as the rumors linking “Clash of Clans” are not boding well. Reports have surfaced that the battle lines are being drawn by the gamers regarding the specs and features of the game

A documentary film by Leonardo Di Caprio titled "Before the Flood" is coming and is all about the recent climate change issue of the environment. In the documentary Leonardo is travelling.

‘The Bachelor’ 2017: Meet The New Girls For Nick Viall

After trying to give their newly adopted dog a treat, a girl got attacked by it. The mauling happened at 4:03 PM Sunday at the family's own home.

Girlfriend horribly watched boyfriend being held at gunpoint via facetime

A college student from Austin, Texas was robbed, hit and held at gunpoint at his apartment while girlfriend was watching on facetime.