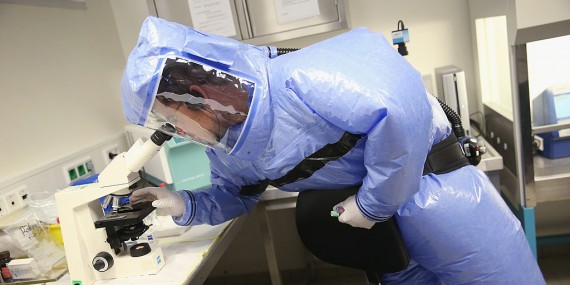 In a scientific triumph that will change the way the world fights a terrifying killer, an experimental Ebola vaccine tested on humans in the waning days of the West African epidemic has been shown to provide 100 percent protection against the lethal disease.

Google To Launch Two Flagship Smartwatches, Find Out When!

For the first time ever, Consumer Reports has denied Apple's MacBook Pro lineup —all three machines —of recommended ratings, saying battery life inconsistencies are too concerning to ignore.

Processed And Cured Meats Worsens Asthma, Is The Study True?

Xbox Project Scorpio has been designed from the ground up to be the next big step in Microsoft's gaming hardware, even if the company states that it's going to sit alongside the Xbox One and Xbox One S.

NASA discovered around exoplanets similar to the prominent planets of Star Wars.

Homeless people are the latest victims of the cheaper version of synthetic marijuana. Users are left glassy-eyed, wandering into traffic, and even sprawled on the streets, totally oblivious to the world around them.

The alleged spli-up of the Hollywood couple, Rob Kardashian and Blac Chyna took place last December 17. Both confirmed their split-up via Instagram. According to Kardashian, it was not a publicity stunt but for real instead.

Your Yahoo Account May Be Part Of More Than 1 Billion Hacked Accounts Auctioned On Dark Web; Yahoo Verizon Deal Is Off?

Yahoo – which admitted to two separate breaches that saw 500 million users’ and then 1 billion users’ details stolen by hackers – may officially declared 2016 as its worst year. The billion-user database was reportedly sold on the Dark Web last August for $300,000.

Craig Sager, an NBS sideline reporter, famous for his colorful suits dies at 6 due to cancer.

Forbes 2016 Most Powerful Man In The World: How Do They Chose The Candidates?

Every year, Forbes chose the most powerful man in the world. There is a remarkable difference with their category which they used ever since.

Sony has announced that it will releasing the Platinum Wireless Headset on January 16th. The retailers have priced them at £128.99 and £129.99 respectively. The headset will be compatible with the PS4, PSVR, Vita, and mobile devices. It will also have support for 3D audio on standard PS4 games, a feature which is currently present in PSVR games. 3D audio makes it sound like noises are coming from different directions including above and below.

It was obvious when the need to catch 'em all first hit smartphones all over the world, more people were getting out of the house more to hit Gyms and Pokéstops. But does it really improve the user's physical activity?