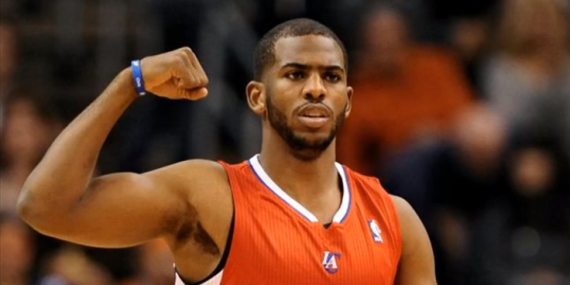 LA Clippers will be challenged in 2017 as Paul will be a free agent by July. Clippers aims to advance to the NBA playoffs finals this season for the first time in franchise history.

‘Tiger Woods’ News: He Comes Back In Great Form At The Hero World Challenge, The Score Proves The Same

James Harden notched his fourth triple-double on this season, and they beat the Golden State Warriors Powerhouse lineup.

"Steph in Charlotte"? There have been rumors about Curry's free agency by 2017 that he could possibly play for the Hornets.

OKC Thunder With Westbrook To Dominate This Season’s League

Westbrook together with his team’s powerhouse lineup will make it to the NBA finals.

Is it possible for a Mayweather-McGregor fight? McGregor said in an interview that he will destroy Mayweather but Mayweather fires back.

Joe McKnight Killed: Shot In A Road Rage, McKnight's Accomplishments & Find Out The Whole Story Of The Incident

Joe McKnight had carved something in the world of sports and what happened to him saddens everyone and surely everyone will remember what he did during his life.

‘Bowl Projections 2017’ News And Updates: Which Teams Will Fight For The Title In Playoffs? See The Concerns

The teams should show consistency in the College Football Playoffs to take the National Championship in their pocket.

Serena William: They Slammed The Issue Of Identifiable Payment

Serena Williams has slammed discrimination for the Identifiable issue with the fact that she is often described as one of the famous female athletes, instead of not known best athletes around.

Haye forgot to hold his temper throwing in the first punch. The heated head-to-head Press Conference makes the March 4, 2017, event a must watch boxing fight.

The "World Chess Championship 2016" saw the last laugh of Magnus Carlsen, but this is the beginning of Sergey Karjakin.

Lakers Not Affected With Their Lose At All: Seven Youngsters Will Raise The Team In The Near Future

Coach Luke Walton is developing a new team of youngsters as the future of the organization that will soon raise the team.

Kevin Durant brings dominating in Golden State Warrior of this season league of the NBA. with his 2014 and 2015's MVP teammate Stephen Curry.

For the record, the NBA All-star Rusell Westbrook is still the consistent player and the best point guard in the league.