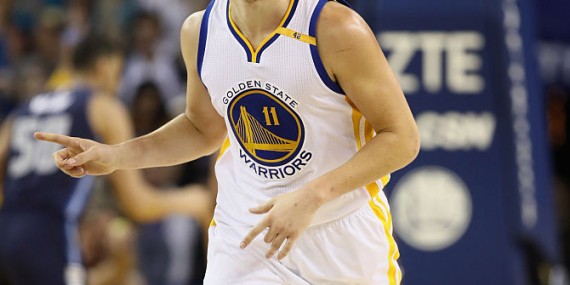 NBA Trade Rumor: Ibaka & Green to the Lakers; Randle & Deng to the Magic; Who Benefits The Most?

Players are being traded between teams? Are the exchanges fair? Who gets to benefit with these trades?

Spoiler: Another Legend Is Coming Back To WWE - Dream Matches, Theories And More

SmackDown's 900th episode is shaping out to be one of the biggest one the show has done. Given that the show hasn't reached a milestone as big as 1000 episodes like its brother, Monday Night Raw, 900 episodes is still a remarkable feat.

Manny Pacquiao Still Has It; He Bombs Over Jessie Vargas in The WBO Welterweight Championship

Pacquiao proved to himself and to the world that he still has what it takes for another stab at a world title. Age isn't a factor to acheive Pacquiao's goal as he punched his way to victory against the Mexican Jessie Vargas

Are fans in the waiting for another “Match of the century”? Will there be a new amazing win for Pacquiao and the Philipines?

Dwayne Wade's exciting and colorful NBA career now has landed him whith a new Team , The Chicago Bulls. His game debut with his new team earned him 22 points and 4 three point shots giving the bulls the win against the Boston Celtics last Oct 27, 2016. Final Score - 105-99.

NBA Rumors : Chris Bosh To Return to NBA Game in 2017? Will It Be A Sweet Reunion Between Miami Heat And Their Power Center??

Is there a possibility that Chris Bosh will play again with Miami Heat? With a contract set to expire in 2018, Bosh is actively pursuing a return. Is the Miami receptive to the idea of welcoming back Bosh from injury?

NBA 2016: What Next With OKC After Extention Of Steven Adams Contract

The 23 year old Steven Adams has re-signed with The Oklahoma City Thunder extending his contract for four years more, receiving $100 million in payment over the length of the contract.

The time is near as November 5, 2016 is to come with Pacquiao VS Vargas fight in the great boxing arena. The most anticipated fight of the year indeed.

Ronda Rousey Announced Her Retirement; The UFC 207 Could Be The Final Fight Of Her MMA Career

Ronda Rousey has announced her plans about her retirement in the near future. Her fight in the upcoming UFC 207 is considered to be one of her last fights.

Which team will win the 2016 World Series of Major League Baseball? Is it the Cleveland Indians or the Chicago Cubs? Sports analysts offere their predictions for the final game of the baseball league.

'Bleed For This' The Vinny Pazienza Story; Who Is 'The Pazmanian Devil?'; Release Date

Vinny Pazienza is at the height of his boxing career when he met an accident, pushing him to the ground. But with much determination, he shocked the world by his undefeated desire to return to the arena. Through the help of his renowned trainer Kevin Rooney, both paved their way for what could be his last boxing fight.