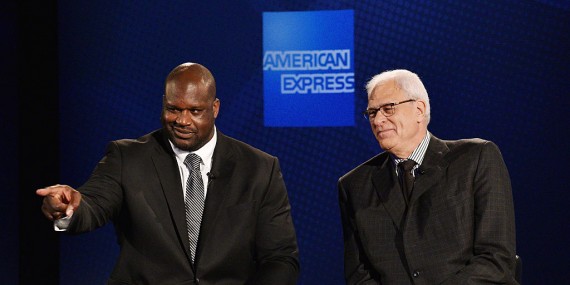 Jackson, 71, said in a show that he took marijuana during his playing days in the 1960s to deal with the effects of back operation

The line-up for The Boston Red Sox is finally completed and placed people in the right order. The new American Baseball Season will be a lot of home runs and strikes.

Klay Thompson is reportedly leaving Golden State Warriors because is Kevin Durant is stealing the spotlight.

The power guard continued with his prime form this NBA season and his streak was the longest since Michael Jordan's seven straight in 1989.

Prince William On Football Association Child Sex Abuse: The Current Investigation Update. How Far The Abuses Went Back Then?

There should be finality over the child sex abuse scandal the association is facing. Prince William can make a difference for the next chapter for FIFA as President of the Association.

Coach Steve Kerr of the Golden State Warrior admitted being dependent to Marijuana for the treatment of his chronic backpain.

Is the "WWE Royal Rumble 2017" see an unshaken Brock Lesnar in the wake of the loss in Survivor Series?

Eagles Vs Bengals: Eagles Sloppy Game & Analysis Of The Good & Bad Of The Recent Game

Eagles is walking on a rough road, the run to win the game would be harder than anyone could think.

The Carolina Panthers suffered a 40-7 loss against the Seattle Seahawks Sunday night which could have been the result of Ron Rivera's strictness regarding the dress code. Cam Newton was benched for a dress code violation, hence his absence from the defining game.

After being sidelined for two months due to a broken fibula by Seattle Seahawks' coach Pete Carroll, Thomas Rawls has proven to conquer his injuries and has contributed to the Seahawks' victory over the Carolina Panthers.

Demetrious defended his title for the 9th time. However, he won over Elliot in a not so expected manner.

"Washington Huskies" have proved in "Pac-12 championship" game that they are truly eligible for the playoff.

Lebron James Not Affected With Lost Against The Clippers; James Will Show Who "The King" Is!

After the loss against the Clippers, James is not yet done. James is determined and will show his fans that Cavs will dominate this NBA season.

Cavaliers And Warriors Meet Again In The NBA Finals? Lebron James Acknowledged As Sportsman Of The Year

LeBron James was acknowledged for the third time as a sportsperson of this year.