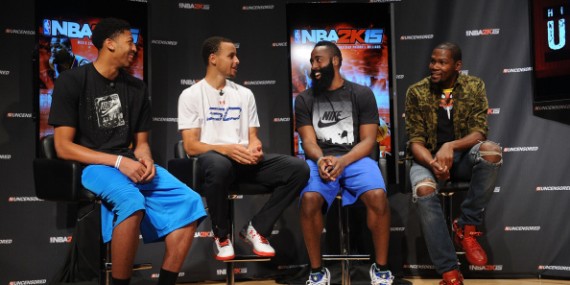 Tyreke Evans will be back and will his comeback make sure that the Pelicans shine in the NBA playoffs?

How do fans feel after hearing that Shaquille O'Neal's jersey will be officially retired? By December 22, 2016, "32" will be no more!

The latest win of Goldberg over Brock Lesnar in "WWE Survivor Series 2016", could be hinting what WWE wants in future matches.

Oklahoma Thunder is now in need of a star-caliber scorer for the small forward position. Who will be part of the team?

The reason behind Kelvin Hayden and Taraji P. Henson's Breakup which leads their relationship to last for just less than a year.

Jimmie Johnson has just achieved his seventh Nascar Championship. The said winning placed him in the position along with racing champs Richard Petty and Dale Earnhardt.

‘Baltimore Ravens’ vs. ‘Dallas Cowboys’ Analysis: Is The Absence Of ‘Jimmy Smith’ Caused The Humiliating Defeat Of Raven?

The Floyd Mayweather VS Manny Pacquiao Rematch; Are We Up For Another Bout Of The Century?

Two of the greatest fighters of the century are rumored to be part of another rare world event in boxing.

How did the Los Angeles Lakers become a likable team in the NBA this season? The team's early success this season is attributed to several factors including excellent team decisions, improvement of its players, and some lucky coincidences

Connor McGregor reveals a bombshell as he says he didn’t join “UFC” to just take part; he came to become the champion and take over. McGregor has addressed the rumors, revealing a big piece of personal news and also what comes next for him after breaking another record card with his fight in New York.

Will WWE finally be able to get UFC's Conor McGregor on board? Survivor Series hype and plans for Wrestlemania 33 is underway!

'WWE Survivor Series 2016': Will The Sunday Match Could Be Deadly As The War Of Words?

Barely ten days ago, Gary of "Running Man" shared a group photo of the casts and crews of the show in his Instagram.

Los Angeles Lakers' is stepping its game up? How and why? Find out here!