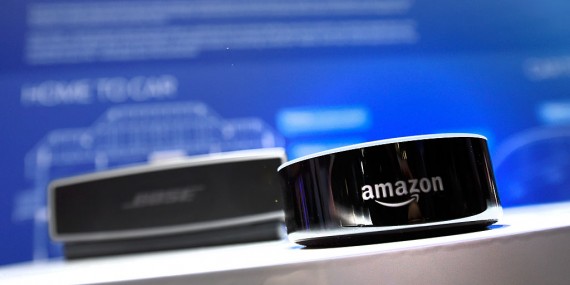 There are more disputes like this is expected in future between different investigation agencies and tech majors.

Get Ready To Experience Quantum Computing As IBM Is Planning To Build It; Will This Be Available For All?

The new computing is designed to provide from the servers through cloud computing.

‘The Legend of Zelda: Breath of the Wild’ Has Amazing Gaming Options; Did The Gamers Notice It?

The game brings a number of new features and weapons, though it won't please everyone.

Tesla will get new advertisement campaigns from fans through contests and it could be for the brand or products.

A new video has leaked the image of the Samsung Galaxy S8. This is the latest device from Samsung and has been rumored to be launched this year.

Google Pixel 2 Is On The Way, But It’ll Be Costly

'Overwatch' News & Update: Orisa Added To The Roster; New Character Is A Robot

Blizzard has just added a new character to the game "Overwatch." Orisa can now be played in the game and gamers will have a chance to experience the character.

Pokémon GO Trading Feature Explained, Is It Good For The Game?

The Pokémon GO Trading Feature may reduce the game engagement in long-term.

Nintendo Switch News And Updates: How To Get It After Failing To Pre-order

Nintendo Switch is creating a huge rush in the online stores and most of the sites are out of stock.

Apple Offers New Features For iPhones On Its 10th Anniversary

Apple is set to release a new iPhone on its 10th anniversary celebration. The Apple iPhone is rumored to have a curved OLED display screen.

Samsung Galaxy S8 Leaked Images; Brings More Details Of The Phone; Know How Is It Different

The leaked images of Samsung Galaxy S8 shows it is as expected without a home button and bezel-less screen.

Xbox Game Pass Ready To Roll Out Its Subscription Service In Late Spring; More Options Available; Know More About It

By providing Xbox Game Pass, Xbox is aiming to match with the services given by PlayStation, EA/Origin Access, and Netflix.