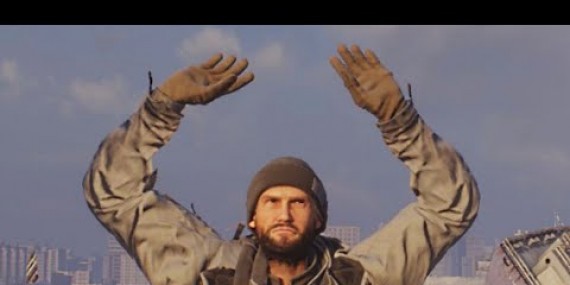 Ubisoft has announced that "The Division" will have the Last Stand expansion. The expansion will already be available for download.

GTA V is the biggest sold video game ever and now it touched 75m copies.

LG wants its latest flagship to make an impact as last year's G5 did not make any significant sales.

'Injustice 2' News And Updates: Game Reveals Another Character; Who Will It Be? Release Date & More

The coming weeks would see more revelations about the characters of Injustice 2.

Nokia 3310 Is Back, What We Need To Know About Nokia's New Phones Including The Nokia 3 & Nokia 5

Nokia is set to release two new smartphones plus a new design of the Nokia 3310. These new mobile phones are set to be on the market in the second quarter.

Google Assistant Comes To More Android Phones; See What Is Making It Important For Google

The move to bring more smartphones under Google Assistant shows Google's fight to win the market.

Pokémon Day Is Here, See What Special Is On The Way

This year's Pokémon Day events include movies and features in both Pokémon Go and Pokémon Sun or Pokémon Moon.

Cloudbleed: Know All About It, What Is It? How To Protect From It? The Websites Affected, And More

WWE 2K17 Updates And News: Hall Of Fame Showcase DLC Is Here, See What Is Added

The Hall Of Fame Showcase DLC has added a number of games of Big Show, The Godfather, and more.

The new Nintendo Switch is looking stylish and has an amazing user interface except for some controller issues.

Leaked images of the new Samsung Galaxy S8 are out and it shows that the home button is taken out. This means that the fingerprint scanner for the smartphone has been moved to the back part.

The open beta download for "Ghost Recon: Wildlands" is now available on PS4, Xbox One and PC. Players can now explore what the new features are in the game.

The "Final Fantasy VII" remake has been revealed through some still shots. These photos give hints for gamers on what to expect from the remake when it will be released.