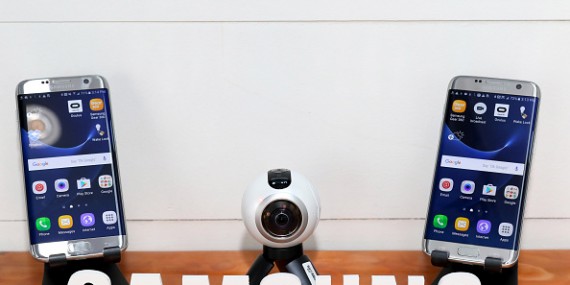 The Samsung Galaxy S8 is rumored to have new improvements into its features. These new handsets will be launched on March 29.

Chrome 57 Adds Better Battery Life To Computers; Saves At Least 25% Of Battery Use

Chrome 57 is expected to remove the flaws the browser faced with battery management.

Spotify Integrates With Waze; Can Users Get To Use Both Apps At The Same Time?

Spotify and Waze integrate to listen to the music while driving. The new update on these two apps will be available on Android devices.

Sony is keen on PC gamers and getting them on board with PS4 Games through PlayStation Now.

Nintendo Switch News And Updates: What Makes It The Best Console For Everyone?

Nintendo Switch is designed by keeping a large audience in mind by its developer.

Tim Berners-Lee is not happy with the way the internet is transitioning and points out the alarming signals.

Nintendo Switch News And Updates: Gamers Complain Of Widespread Issues; Nintendo Claims There Is None

People reported many issues with Nintendo Switch in the initial week, but many of them are isolated in nature.

Waymo is upset with the fact that its former employee joined the rival.

Google has finally enhanced hangouts to a new app called Hangouts Chat. It has been enhanced for easier use within teams.

The Nintendo Switch could retain the hype it created both in performance and in sales.

Nvidia shows that it is committed to staying top on the market with the latest GeForce GTX 1080 Ti.

Google Pixel 2 News and Updates: Is It Coming Without Headphone Jack?

Last year, iPhone 7 surprised everyone with USB-C port, and Google Pixel 2 is also on that way.

Overwatch’s New Character Expected To Arrive End Of This Month To Consoles; Orisa Designed Around Protection

The developer confirms that it tries a great gaming character through Orisa for the Overwatch fans.