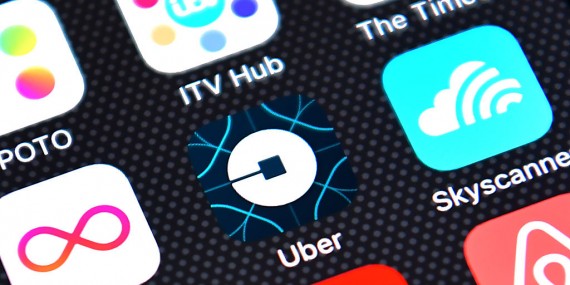 Uber Halts Self-driving Car After Arizona Crash, What Happens Next?

There are protests against self-drive cars and especially against Uber, and the latest incident may fuel it.

Elon Musk Speaks A Lot About Tesla Model 3; What Does It Reveal To The Potential Customers?

Tesla is expected to start the delivery of Model 3 by late 2017, per the current updates.

‘GTA V’ News And Updates: The Double Rewards in GTA Online Continues For Another Week

GTA V brings special vehicles to stunt race creator tool, and now the people can add this to their own stunt races.

Google, YouTube Boycott Spreads As More Companies Joining The League; Know What Is It?

Google and YouTube Boycott is now quite alarming for the search giant, as governments also joining the protest.

Pokémon Go new event is expected to engage the gamers with Water-type Pokémon.

Samsung Galaxy S8 & Galaxy S8 Plus News & Update: Fingerprint Scanner Positioned Beside The Camera, What We Need To Know!

The new Samsung Galaxy S8 and Galaxy S8 Plus are about to be unveiled. There are additional leaks on how the new handsets look like.

Nintendo Switch was facing joy-con issues while using the controller in docked mode.

Apple Introduces New iPad For $329; It Is A Simple And Affordable Device; What To Look Out For

The new Apple iPad is a good device, however, it doesn't support Apple Pencil.

‘Battlefield 1’ News And Updates: Easter Eggs Spotted In The Flying House; What To Shoot To Get Eggs

Battlefield 1 will get three more DLCs namely, Turning Tides, In the Name of the Tsar, and Apocalypse.

Samsung Bixby Is Here, Know More About The Virtual Assistant That Competes With Siri

Samsung Bixby is expected to be present in the all upcoming phones from the manufacturer starting from Galaxy S8.

‘Nintendo Switch’ News And Updates: Status Of Joy-Con Connection Issues And What The Problem Could Be; Stock Update And More

The joy-con issues did not affect the overwhelming response for Nintendo Switch.

‘Samsung Galaxy S8’ News And Updates: The Latest Leaks Give Details Of Colors, Prices, And More

Does Samsung plan to ditch Note series with a Plus version of Galaxy S8?

The court battle with Google creating issues for the transport major along with its progress in the self-driving project.

The drive by Google to improve the quality of results is expected to help them in addressing the pain areas.