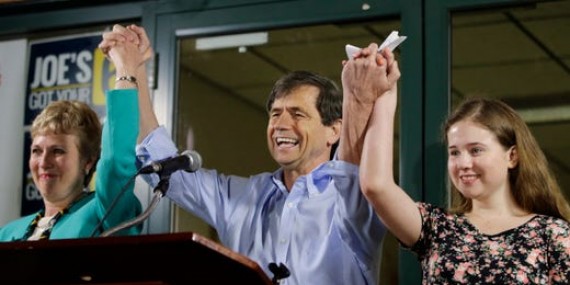 If Bernie Sanders' student loan plan evoked deja vu Monday, it's because of its remarkable similarities with the one Elizabeth Warren proposed earlier this year. The biggest difference? Sanders' plan doesn't have caps or limits.

U.S. District Court Judge Berle M. Schiller has transferred lawsuits pertaining to 3M’s Combat-Arms Earplugs to a Florida federal court. The lawsuit alleges that 3M knew of the faulty earplugs that left many veterans hard of hearing and even deaf in many cases.

Deaths Shot Up Even As Car Safety Improves For Drivers: Cyclists And Pedestrians, Beware

A distracted sheriff's deputy on patrol accidentally slammed his cruiser into Olin's bike from behind, sending him crashing into the car's windshield. Olin died at the scene.

Jonathan McIvor is accused of raising his voice and showing hostility when his supervisors asked why he won't return to work in the building where a city employee killed 12 people. The Virginian-Pilot reports that chief technology officer Darrell Riddick and acting operations manager Jamie Weaver filed the complaint.

WASHINGTON - California Sen. Kamala Harris' rivals for the Democratic presidential nomination defended her after criticisms based on her race circulating on social media, which were amplified when Donald Trump Jr. shared one such post with his more 3.6 million followers on Thursday.

Phoenix Tops The List: The 50 Hottest Cities In America

At the tail end of spring and as we're officially about to welcome summer, forecasts project temperatures are set to continue to rise. Many Americans will try to beat the heat with air conditioning, swimming pools, and cold drinks. Residents of certain cities face a much greater challenge than some others, with temperatures regularly exceeding 90 degrees, and in some cases even 100 degrees.

Is Facebook Listening to Me? Why those Ads Appear After you Talk About Things

My editor, Michelle, was at a birthday party for her son's friend recently, when the mom mentioned a company she liked called Joymode. Minutes later, an ad for Joymode appeared on Michelle's Facebook news feed.

After Running Over Her 3-year-old During a Game of 'Chicken': Texas Mom Charged with Homicide

A truck driver was charged Monday with seven counts of negligent homicide in a gruesome collision with a group of motorcyclists on a remote New Hampshire highway.

Governor Janet Mills of Maine signed a new bill into law that will help increase workers’ compensation benefits for some workers in Maine. The bill is a compromise and still leaves a lot of gaps in the state’s current system in place.

Here's what President Trump is saying about the search, Who will replace Sarah Sanders?

WASHINGTON - President Donald Trump on Friday weighed in on some potential candidates to fill the shoes of White House press secretary Sarah Sanders, who is leaving the administration after years at the end of June.

Southwest Passenger 'Bombarded by Inappropriate Photos' from Stranger on Her Flight

Kat Pitman was settling into her aisle seat on a Southwest Airlines flight from Louisville to Chicago Friday morning, texting her husband, when her iPhone buzzed.

Young adults were more likely than any other age group to die from drugs, alcohol, and suicide over the past decade, underscoring the despair Millennials face and the pressure on the health care system to respond to a crisis that shows little sign of abating.

Ford Motor Co. issued several recalls Wednesday, including one covering more than 1.2 million Ford Explorer SUVs that could be at risk of losing steering control.