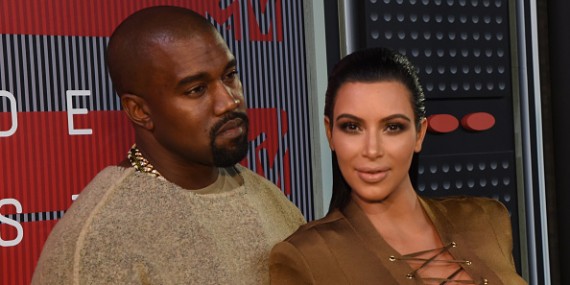 Kim Kardashian Endorses Morning Sickness Pill; Study Shows It Is Not What It Claims To Be?

A new study shows that Pyridoxine-Doxylamine (Diclegis or Diclectin) is not what it claims to be. The study that was done 40 years ago not conclusive?

A recent study states that there are certain development delays for children with "obese" parents. This study has been conducted by scientists at the U.S. National Institute of Child Health and Human Development.

A new law is out from prohibiting teenagers under the age of 18 to buy cough syrups. The law is already in effect and it does not allow minors to buy the cough syrups over the counter.

Marijuana Related Illnesses On The Rise; Numbers Up After Legalization

A recent report indicates that there are more "marijuana-related illnesses" coming out. The symptoms include vomiting and severe abdominal pain. This is indicated to be cannabinoid hyperemesis syndrome (CHS).

Medical 'Marijuana' Has A New Form And This Time It Is Without The High, What We Need To Know!

There are reports that teens look at "marijuana" to be harmless after the series of its legalization. It is also indicated that CBD has been found useful for treatment to some illnesses.

A new research indicates that "weight loss surgery" can cause long term gastrointestinal problems. It is also indicated that the said surgery is to develop food intolerance to the individual.

Scientists have discovered possible treatment for one of the most feared nervous system diseases - the Multiple Sclerosis.

Influenza A Virus or H5N8 (or better known as the Bird Flu) is just one of the most cautioned diseases that shocked and alarmed the whole world and the virus has just reached Greece.

Getting Rid Of Toxins After The Holiday Season; Its Not As Hard As Imagined

After everything you ate during the holiday season, it's now time to detoxicate. Here are some tips.

The World Health Organization has been undertaking steps to end the spread of HIV.

Overdose Deaths Are Mostly Caused By 'Heroin,' State Regulates Opioid Prescription, What We Need To Know!

Overdose deaths are caused mostly by "heroin" as reported by the Centers for Disease Control and Prevention. It is said to surpass painkillers that are prescribed.

'Na-Nose Breathalyzer' Can Identify 17 Diseases By Using The Human Breath, What We Need To Know!

A "breathalyzer" called the "Na-Nose" has been built to detect diseases. It is set to diagnose at least 17 diseases with only using one's breath.

The world is still divided whether "medical marijuana" is the best option to medicate several illnesses.

A veterinarian working with sick cats at a Manhattan shelter has been infected with a strain of influenza A virus, commonly known as the bird flu, according to city Health Department officials.

FDA Encourages Awareness On Lipstick Containing Lead And Other Cosmetics

The Food and Drug Administration has turned a critical eye to lead in cosmetics such as lipstick, eye shadow and shampoo.