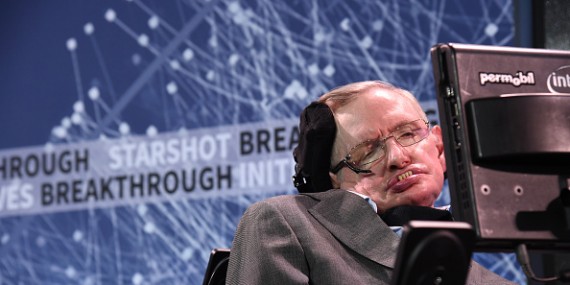 A new study has discovered the alternative brain computer technology. This new technology helps people with "lock-in syndrome" speak their mind to the outside world.

Researchers found chemicals in fast food packaging that are harmful. These substances can come with the wrappers used for certain fast foods.

A new study from Mayo Clinic discovered that dementia can be prevented if seniors engage in brain stimulating activities.

"Home baby monitors" are usually used in households these times. These monitors are even getting more hi-tech these days. However, pediatricians say that these baby monitors may do more harm than good to babies.

Proposed Rules On The Regulation Of 'Medical Marijuana' Has Been Released; Know The Fees Here

Several proposed rules on the regulation of "medical marijuana" have been released in Florida. It is also reported that there are certain fees applied once one applies to grow.

'Caffeine' May Fight Inflammation Due To Ageing According To A Study; Correlation Between Caffeine And Long Life Possible?

A new study indicates that "caffeine" may lessen inflammation due to old age. The study has investigated on the effects of caffeine on the immune cells.

The Link Between Stress And Heart Disease Have Been Discovered; Managing Stress Key To Good Health

It already is known that stress has a certain effect on a person's heart health. The only thing that remains a mystery still is the link between the two.

A new study reveals that "red meat" can cause an inflammatory bowel condition. This condition is also called the diverticulitis.

'E-Cigarettes' Can Cause Health Problems According To Health Officials; Ban Of Use In Enclosed Places Pushed

Health officials recently released the risks that are associated with using "e-cigarettes." It is also reported that vaping is not a gateway for smoking cigarettes.

'Weekend Exercise' May Be Better For The Health; Study Says Exercising 150 Minutes A Week Beneficial For The Body

A recent study indicates that "exercising" on weekends may have its own health benefits. Exercises that meet the activity guidelines are likely to work even if done only twice every week.

Study Indicates That Teeth Can Regenerate & Repair Itself; "Tideglusib" Key To Stimulate Repair?

A new method has been tested in mice which indicate that teeth may regenerate on their own in the future. A drug named Tideglusib may help in stimulating teeth for it to be able to fix decay.

'Medical Marijuana's' Amendment May Take Some Time To Take Full Effect; Doctors Urged To Be Cautious In Prescribing Marijuana

The constitutional amendment of "medical marijuana" has been approved by voters in November but it may take time for it to take its full effect.

Peanut Allergy Can Be Prevented At An Early Age; Early Introduction Of Peanut To Babies The Cure?

The National Institute of Health has new guidelines which state that babies given "peanut-based foods" at an early age can prevent allergies.

Florida has just legalized the distribution of "medical marijuana." The Amendment 2 which has been raised in November has recently been approved.

Experts Say Too Clean Ears Bad For The Health; Suggests Not Using Cotton Swabs; Not Cleaning Ears Even Better?